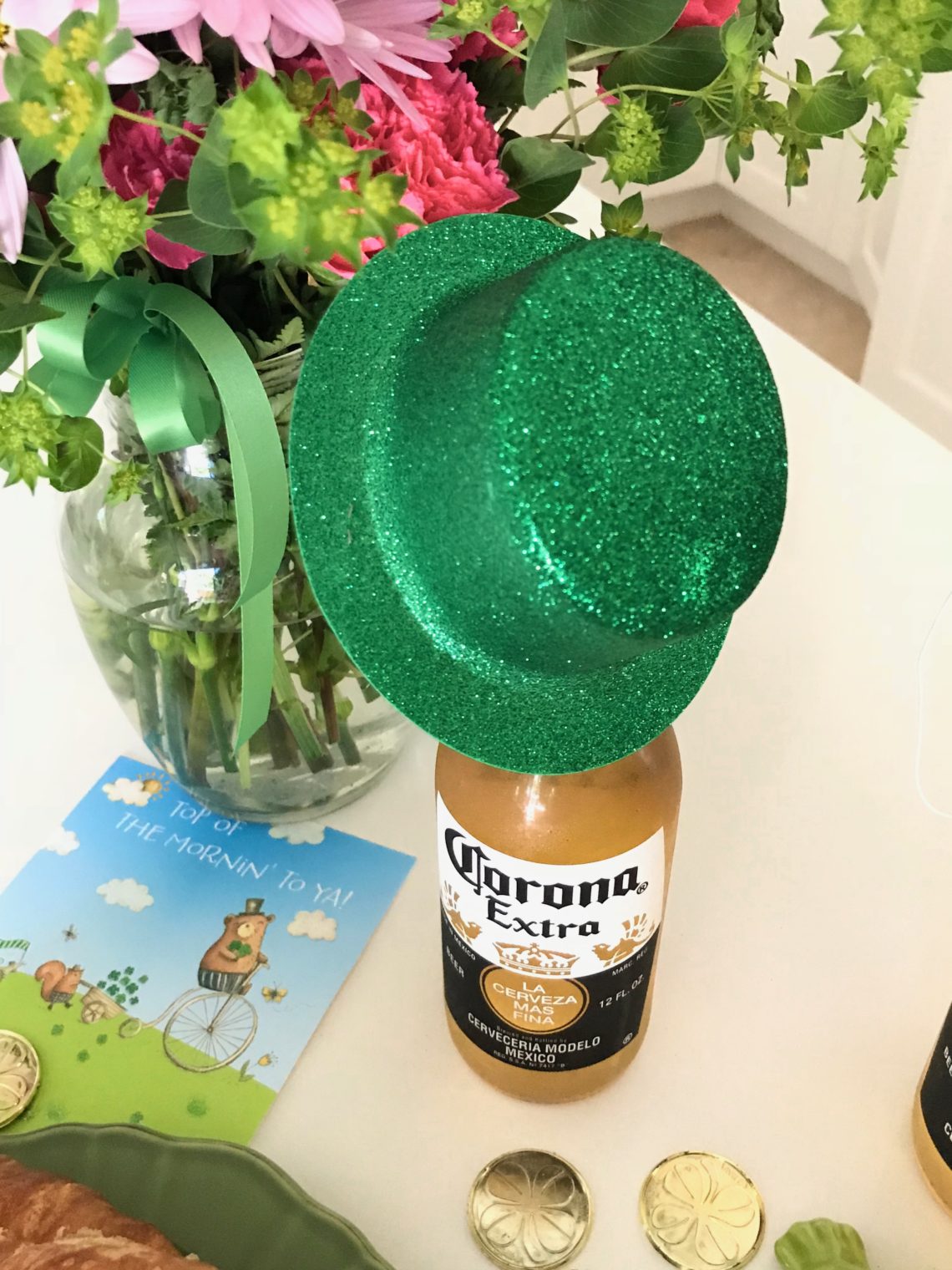 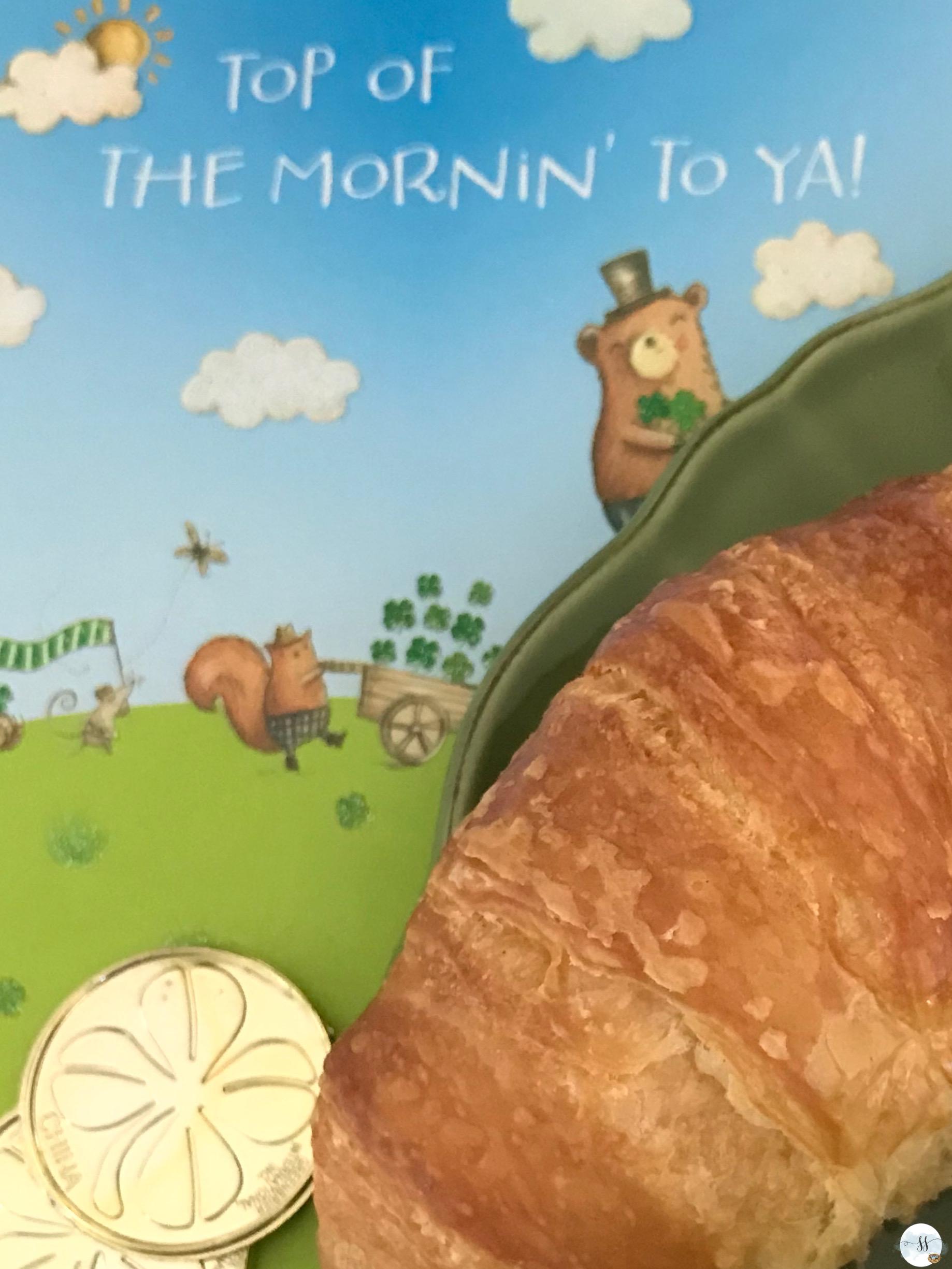 Happy St. Paddy’s day to you all!

Is it too early to drink beer?

St. Patrick’s Day is a holiday known for parades, shamrocks and all things Irish. From leprechauns to the colour green, here are a few of the more popular beliefs of this special day.

St. Patrick, the patron saint of Ireland, is one of Christianity’s most widely known figures. But for all of his popularity in culture, namely the holiday held on the day of his death that bears his name, his life remains a bit of a mystery. Many of the stories traditionally associated with St. Patrick, including the famous account of his banishing all the snakes from Ireland, are false, the result of hundreds of years of exaggerated storytelling.

It has long been said that, during St. Patrick’s mission in Ireland, he once stood on a hilltop (which is now called Croagh Patrick), and with only a wooden staff by his side, banished all the snakes from Ireland.

In fact, the island nation was never home to any snakes. The ‘banishing of the snakes’ was really a metaphor for the elimination of pagan ideology from Ireland and the triumph of Christianity. Within 200 years of Patrick’s arrival, Ireland was completely Christianized.

The original Irish name for these figures of folklore is “lobaircin,” meaning ‘small-bodied fellow’.

Belief in leprechauns probably stems from Celtic belief in fairies, tiny men and women who could use their magical powers to serve good or evil. In Celtic folktales, leprechauns were cranky souls, responsible for mending the shoes of the other fairies. Though only minor figures in Celtic folklore, leprechauns were known for their trickery, which they often used to protect their much-fabled treasure…the pot of gold at the end of the rainbow.

Each year, thousands of Irish Americans gather with their friends and family on St. Patrick’s Day to share a traditional meal of potatoes, corned beef and cabbage. (Potatoes is probably one of my favourite foods. I love to boil baby potatoes and dip them right into a dish of butter…lots of pepper is a must….and then hit the gym)! LOL 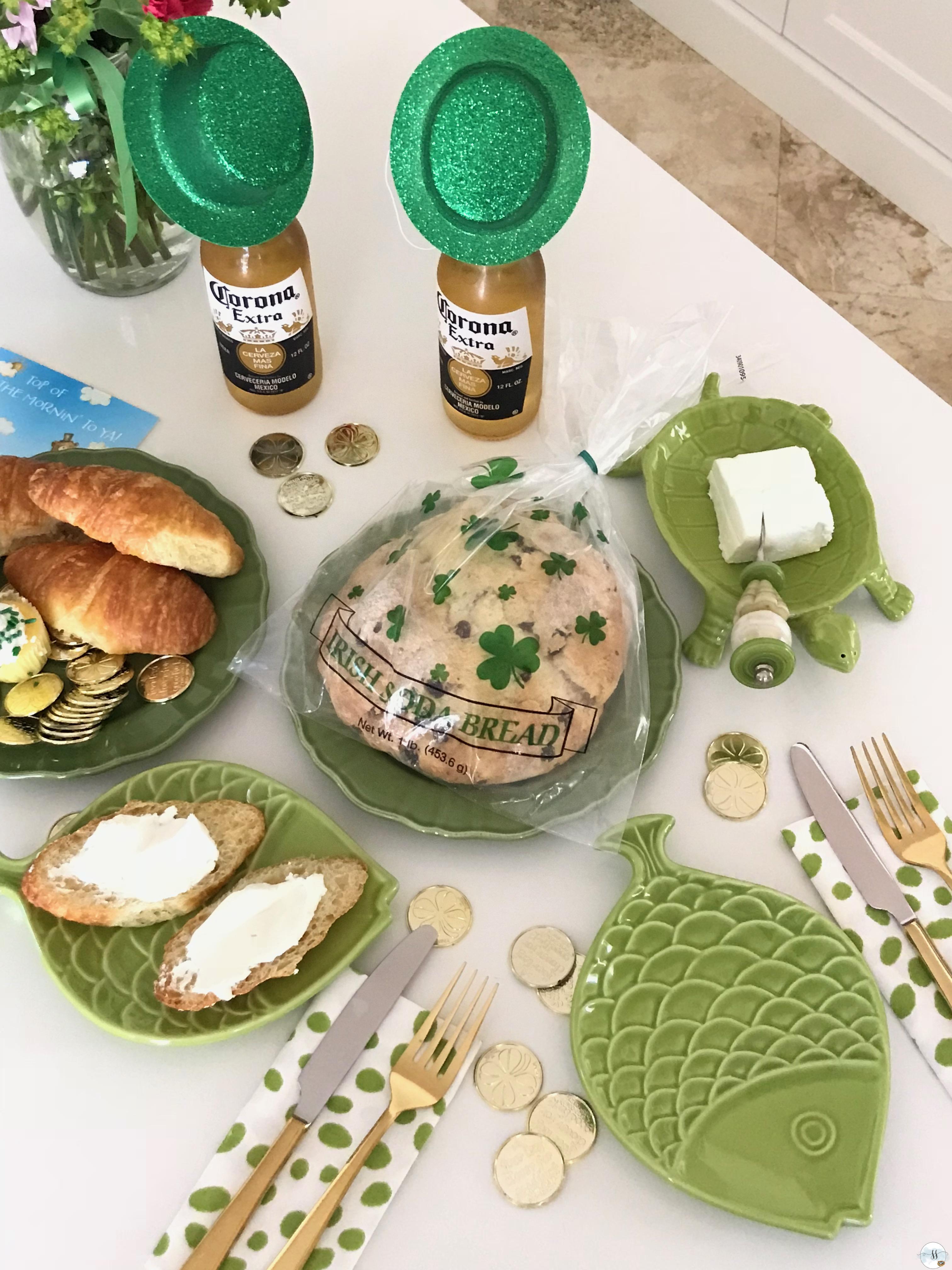 No corned beef for me today. Not really a fan. I have never had Irish Soda bread before. This will be a first for me. I’m not even sure what I am supposed to put on it…cream cheese will have to do. Croissants might be French but the two countries DO have a long history of relations (so that’s what I am going with) … In 1796, inspired by the French Revolution, the Society of United Irishmen began an uprising against British rule in Ireland which became known as the Irish Rebellion of 1798. ( Another little history lesson for you…you’re welcome).

Music is often associated with St. Patrick’s Day—and Irish culture in general. From ancient days of the Celts, music has always been an important part of Irish life. Culture, religion, legends and history were passed from one generation to the next by way of stories and songs. After being conquered by the English, and forbidden to speak their own language, the Irish, like other oppressed peoples, turned to music to help them remember important events and hold on to their heritage and history. As it often stirred emotion and helped to galvanize people, music was outlawed by the English. During her reign, Queen Elizabeth I even decreed that all artists and pipers were to be arrested and hanged on the spot. (Nasty!)

Those that know me, know my favourite band is U2. The lyrics of Sunday Bloody Sunday depict the Bloody Sunday events that took place in Northern Ireland in 1920 and 1972.  The song is about the senseless cycle of violence and is a call for unity between Irish Catholics and Protestants as Christians. “Sunday Bloody Sunday” endures as one of U2’s best-known anthems; the band has since rededicated this song to violent tragedies worldwide. 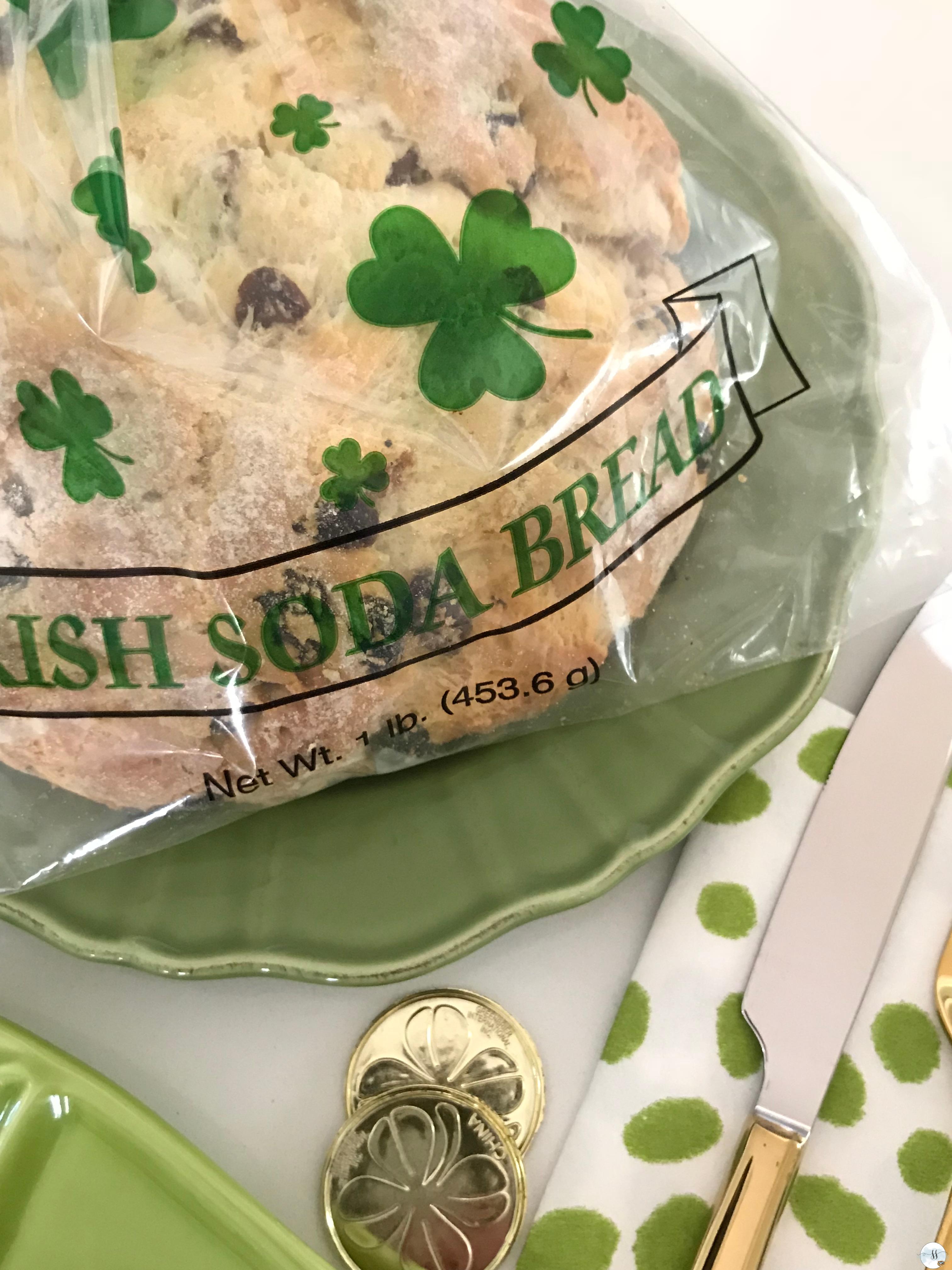 The shamrock, which was also called the “seamroy” by the Celts, was a sacred plant in ancient Ireland because it symbolized the rebirth of spring. By the seventeenth century, the shamrock had become a symbol of emerging Irish nationalism. As the English began to seize Irish land and make laws against the use of the Irish language and the practice of Catholicism, many Irish began to wear the shamrock as a symbol of their pride in their heritage and their displeasure with English rule. It is said that if you find a four leaf clover you are in for a whole lot of luck!! 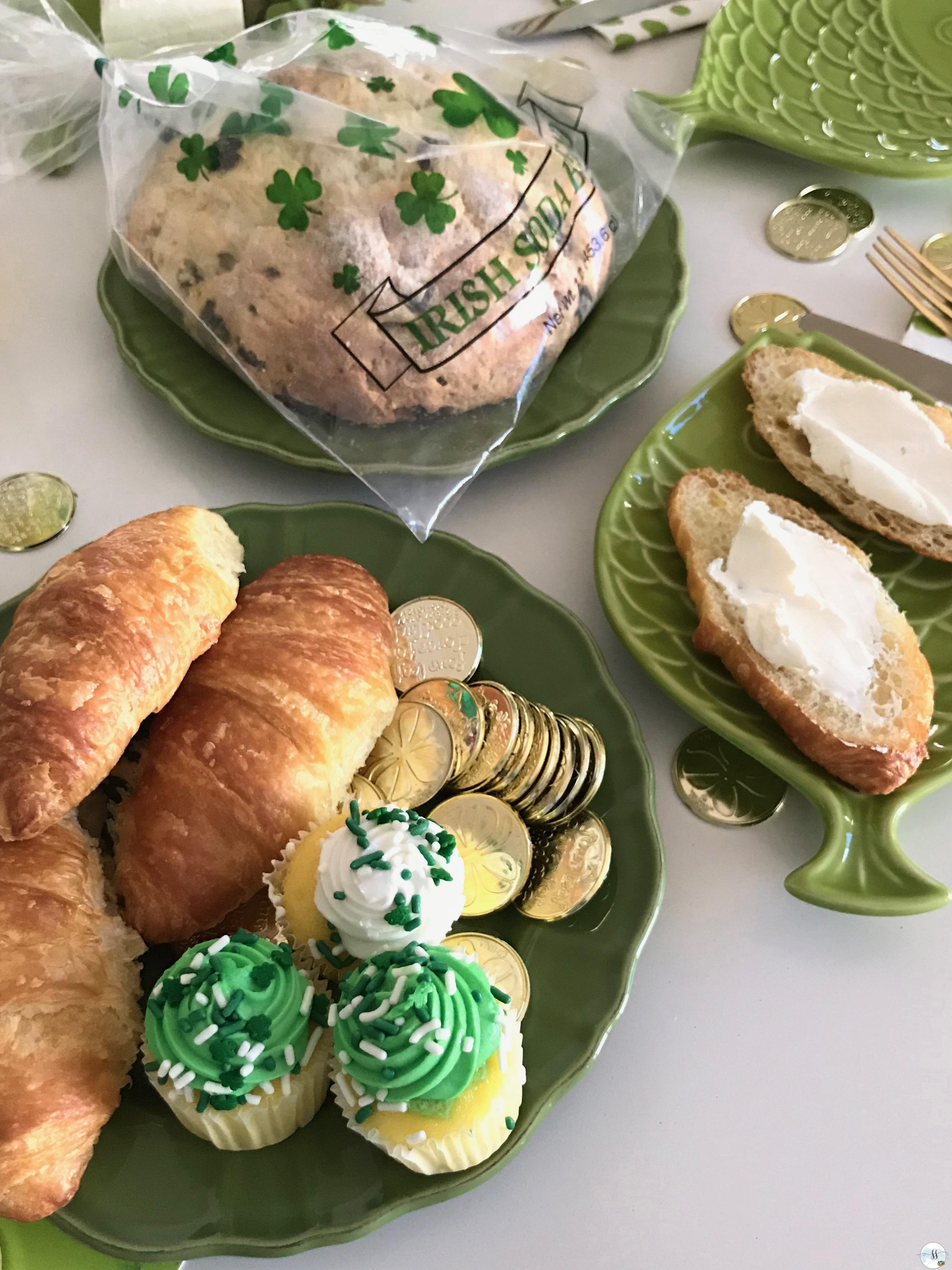 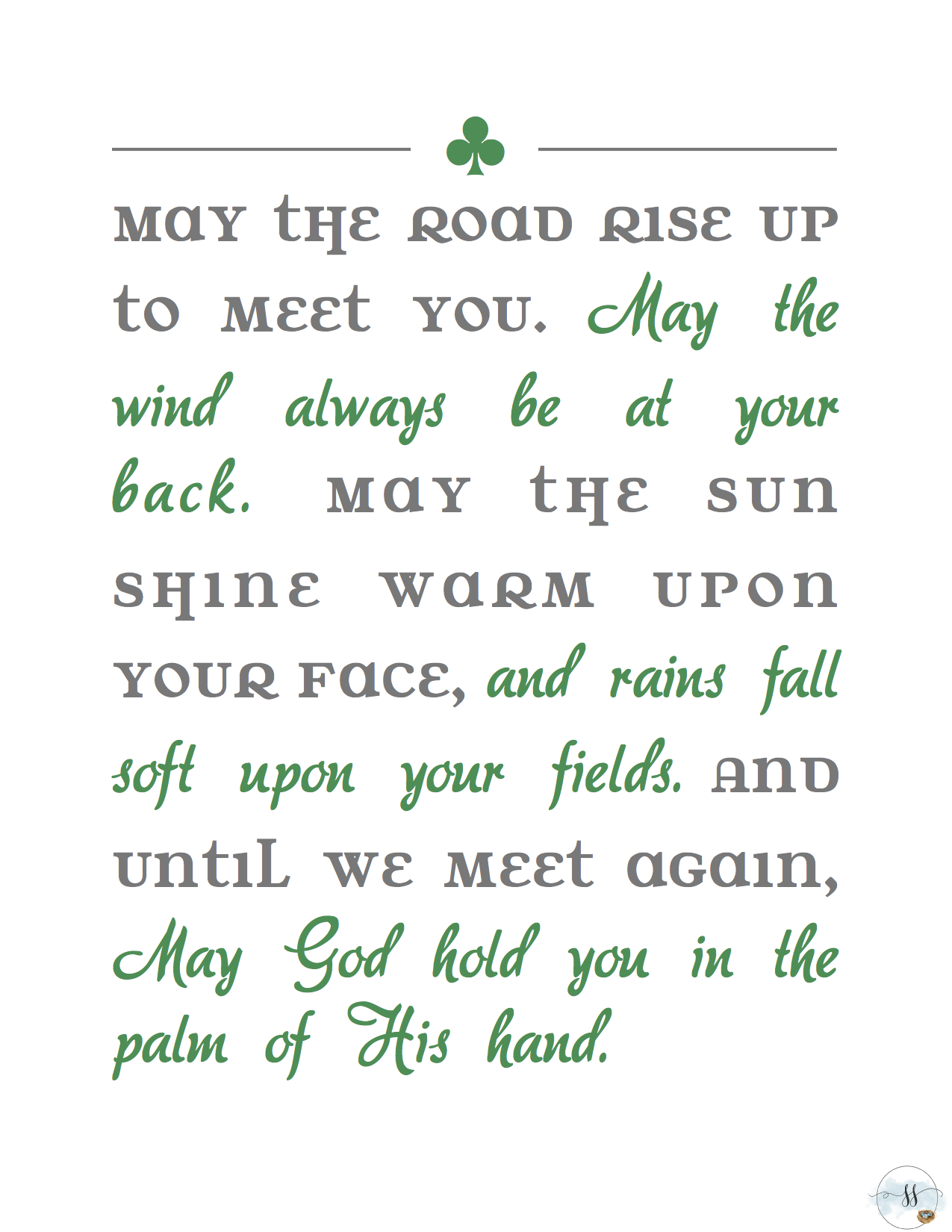 The comforting words of this Irish blessing offer hope that better days are just around the corner. So go ahead and celebrate this wonderful St Paddy’s day tradition. I am blessed to have so many great things in my life… family, friends and good health.

Do you have a favourite St Paddy’s day tradition…comment below:) 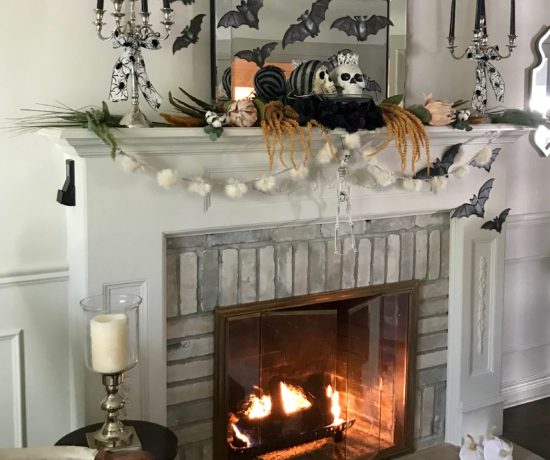 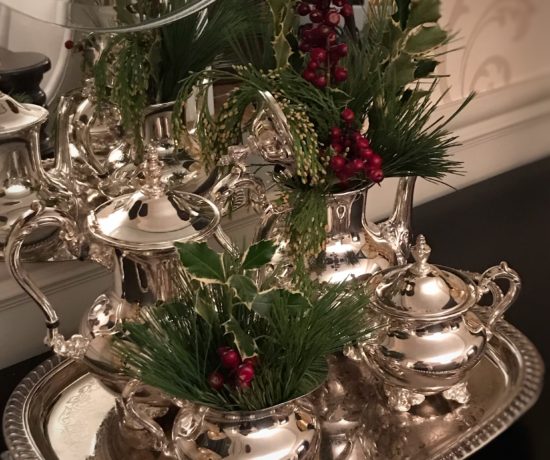 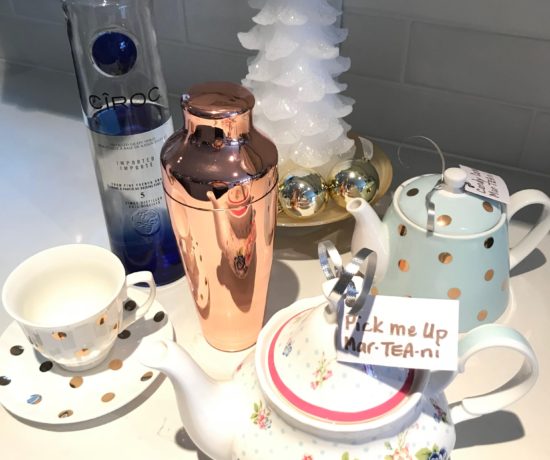